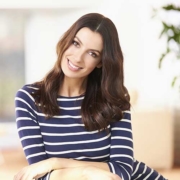 Trichotillomania is a hair pulling disorder that many people are unaware of, and yet it affects two out of every 50 people. This psychological condition doesn’t get mentioned a lot in the media. For those that suffer from it can suffer intense negative feelings about it’s affects on them.

Signs and Symptoms of Trichotillomania
Trichotillomania also knows as Trich, is a disorder that has an impulse control that is triggered by anxiety or stress. Those that suffer from this condition will often pull on their hair and some will pull on their eyebrows and eyelashes. This constant pulling often results in the hairs being pulled on to weaken and be pulled out. This can create patchy or bald areas. In many cases, the individuals that have this disorder are unaware that they are removing hair until later when they see the effects of their actions in a mirror.

Researchers have come up with some signs of this disorder. Some of the most common signs include:

It can affect practically anyone. There are a number of celebrities who have come forward saying they have suffered from this hair pulling disorder condition include:

As the list suggests, trich does happen more to women that it does to men. Women represent over 80 to 90 percent of the cases of trichotillomania reported. Signs of this disorder often appear before the person’s 14th birthday, however, it can start at any time in their life, especially if there is a time when they are experiencing periods of anxiety or other intense emotional states.

Trichotillomania – Living with The Disorder

Those living with this disorder can’t just stop pulling their hair out. The impulse of the disorder is not unlike other disorders like kleptomania or gambling as the obsession behavior takes over a person’s life.

If you or someone you know suffers from trichotillomania they need to find a way to live with the condition. Mental health counseling can have positive results but it can take several months and even years before the person suffering learns coping strategies that will assist them to stop pulling out their hair. People that become completely bald or develop bald patches from trich can ease their embarrassment and anxiety by wearing high-quality wigs. While the wigs don’t stop the disorder, they do hide the most noticeable symptom as a result from it.

Trich only presents a physical danger when the sufferer eats their own hair. This can lead to hairballs that prevent the digestive system from being able to function normally.

Trichotillomania rarely causes death, but the amount of anxiety and embarrassment that comes with the disorder can make people feel like their lives are ruined. More and more awareness of this condition is being talked about and more famous people are coming forward as sufferers with this disorder. This increase of awareness is helping those suffering from trich to not feel so alone as they deal with their emotions and learn to control it.